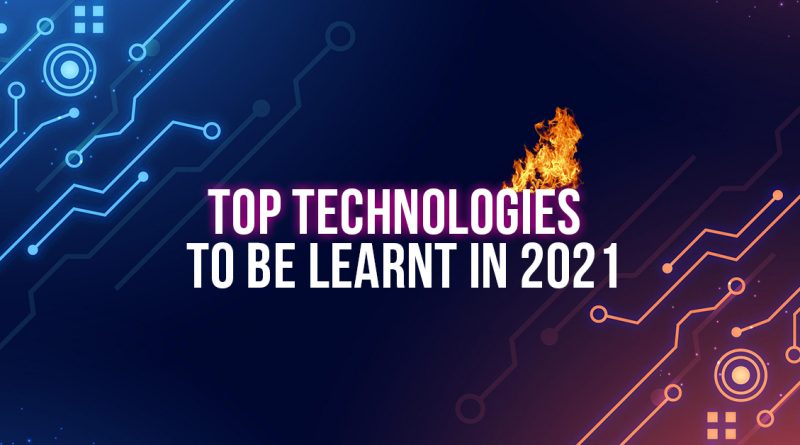 The 21st century in which we are living is a place where anything is possible and everything is possible. The Industrial Revolution which commenced in 1760 has become an object of thorough discussion and. It is an era where science, commerce, and art are working in full synchronization to achieve the highest peak of human civilization yet in every process there are always two things- success or failure. But how do you define success and failure in what terms?

The answer is technology. Technology is what defines the success or failure of a given time, product, or service after which another technology takes place of the former to fill in the gap. The knowledge in any particular technology can often change lives and change the course of human history.

The ongoing Covid-19 pandemic is creating chaos and confusion in the job sector. Even small businesses are facing a downward spiral because numerous lockdowns have caused massive interference in day-to-day business activities.

The following top technologies are mentioned below so that you learn them as well to gain mastery and a job that you have always wanted.

A.I. or artificial intelligence is a known word in computer science and also in science fiction movies and novels as well. The best-known examples is the Terminator series and The Matrix series where it is told that mankind has reached a certain point where everything is being done by intelligent machines and at a later point in time, the same intelligence tries to take over humanity by destroying it.

It is a general misconception of what we see in movies or read in novels. A.I. is nothing but a type of programming where you write a certain code for a machine or a computer and on certain conditions the code operates as per the instruction written on the machine.

Alexa of Amazon, Siri of Apple, and last but not the least, Google are brilliant examples of A.I. If we have any query or question, we often say “Hey Siri”, “Hey Alexan” or “Hey Google” and then we put our question. We get our answers within seconds because of the superior programming of that machine.

Data can be defined as the collection of facts and figures of a certain person, object or event. Why data? Data is the most valuable resource of all time and without data, every infrastructure including businesses, governments, educational institutions, or technology are bound to fall and crumble to dust.

The professions of data scientist and data analyst are reportedly going to be the hottest profession of the 21st century because of emerging digital technology. Data experts are increasingly demanded by several industries where big data is needed for business purposes and future activities. Data is considered to be the greatest asset ever for any business because it shows all the loopholes of any given activity. By analyzing those data structures, comprehensive decisions can be made to make revenue and profit.

Cybersecurity experts and officers are now being employed in multinational companies and various government agencies where they are needed the most. A degree in cybersecurity can open doors to diverse careers where a person can learn and adapt to changing situations in cyberspace.

Programming has always remained one of the top professions of all time. Having knowledge in a certain programming language such as Ruby or Python can be very beneficial in acquiring a job as a software programmer. Android and iOS are also in demand for the creation of apps for businesses. HTML, CSS, JavaScript, and PHP are useful in creating web pages. PHP and MySQL are very much important in the creation of databases and also to extract data when needed. A suitable software development course or degree can be very helpful if you want this kind of job.

Automation in heavy industrial zones is booming and the reason is robots. Heavy machinery often pose a threat to the lives of factory workers and there have been numerous reports that some workers lost their limbs or accidentally severed themselves during working hours. Some of the accidents were so severe that it even resulted in the death of a few workers. Robots are seen as an alternative because they lack the human error of committing mistakes. They can be programmed to perform dangerous tasks without fear or hesitation. Automation has a good future in industries where the risk to human lives is increasing day by day. Knowledge in automation can get you a future in the world of robotics.

The pandemic has changed our views of how we see reality. Visiting our favorite travel destination is now impossible given the risk of infection. But what if we can visit our favorite places from the comfort of our homes? Sounds amazing right?

VR and AR technology is emerging on a rapid pace through which you can connect with your devices and see places that you have always dreamed of. It may not be as same visiting the place physically but it is much safer.

The AR/VR glasses enhance the visual experience and make it more an enriching experience. The gaming industry, travel, and tourism industry and the real estate industry are heavily investing in it because of its unlimited potential in it.

Gamers can see the characters they are playing in the first-person view which was possible when they were playing through PC or console. They will get the feeling of living the world in which they are playing.

The travel and tourism industry can highly benefit from this technology when people cannot visit the destination they want, they can only access it through AR/VR glasses. Even live streaming can give them the feeling of being there.

Real estate can benefit as well by giving virtual tours to people who are interested in purchasing their properties. Learning AR/VR technology can land you in a high-paying job in these industries.

If you are looking for any job, Do register today at www.freshersworld.com