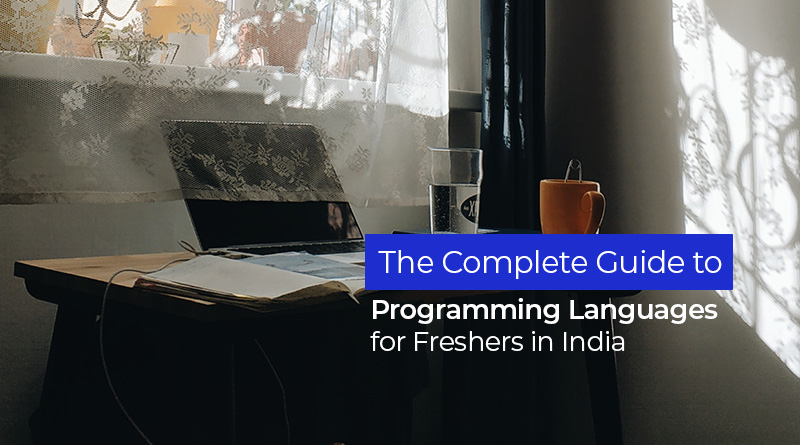 Introduction: What is a programming language?

A programming language is a computer program which tells the computer what you want it to do. It is the set of instructions that tell the computer how to run a certain function.

The main difference between a programming language and an app is that a programming language typically takes longer to learn and then it would take you more time in order to complete any given task because you have many different steps and commands to be learned before you can grasp an app’s simpler interface.

Programming languages are used to build apps on your computer. It is the tool that allows one to write code and make something happen.

When you learn how to program, you can build anything. It might sound like a crazy idea, but it is true. You don’t need to know how computers work or how software is made in order for you to develop your own programs.

Why Should You Learn to Program?

Programming is not something that can be learned overnight. It requires a lot of skills like creativity, problem solving, and logical reasoning.

Some of the skills you can learn from learning how to program are critical thinking, problem solving, creative thinking, logical reasoning and more. These skills will make you more employable in your career.

The world of programming is constantly evolving. New jobs are created everyday for people who know how to code or perform some other task that involves programming.

New technologies are being created every single day, so it is important for people to learn how to program. There are many skills that can be learned from programming, which help with our modern society.

Programming skills are in high demand because they have become an integral part of our lives. From website design, to data analysis, programming is used in almost every industry out there today.

It should be clear that learning to program is not for everyone. The only reason you should learn to program is if you are willing to invest your time into it and want to be part of the digital revolution.

Programming isn’t just for coding, though! The skills you can learn from learning how to program are valuable in our modern society. Having the knowledge of programming will help you become more flexible in your future career as well as teach you valuable skillsets that may take years or even decades to master.

Programming can also help people solve complex problems by providing them with the right tools and frameworks that they need, which will help them reach their goals faster than they would have otherwise.

What Are Your Options for Studying Programming Languages in India ?

India is currently experiencing a massive surge in IT careers. The country’s IT industry has the potential to gain an extra $180 billion over the next three years.

Many students are beginning to explore programming as a career option, but there are only a few universities in India that offer degrees related to this field, and they mostly focus on web development and mobile app development.

Java is a general-purpose, high-level programming language that is concurrent, class-based, object-oriented, and specifically designed to have as few implementation dependencies as possible.

Java was developed by James Gosling and Patrick Naughton. It was originally called Oak after an oak tree that stood outside Gosling’s office.

Java solves many of the problems that have made other languages difficult to use effectively on large projects on schedule. Its architecture allows applications to run reliably in a wide variety of environments with minimal effort. Java is also very portable due to its lack of platform dependence at the bytecode level.

JavaScript is a high-level programming language that runs in web browsers.

JavaScript is the most commonly used scripting language in web development.

It was originally created by Brendan Eich in 1995, and it has since been widely used in every major browser and platform.

JavaScript is a high-level, prototype-based, multi-paradigm language that supports object-oriented, imperative, and functional programming styles. It also has a dynamic type system that enables the support of functional languages with objects while still offering static typing at run time.

It’s easy to write and develop JavaScript programs, allowing developers to quickly build interactive websites and web applications. The language has been around for over 20 years now and it’s still going strong.

JavaScript is a client-side scripting language that runs in the browser and interprets events on the client device such as mouse movements, key strokes, and touch gestures. It can be used to create interactive web pages with dynamic feedback loops that respond instantly to user actions.

Python is an interpreted, object-oriented programming language that is widely used in several domains.

Python is a high-level programming language that helps programmers simplify the process of creating software. It is an interpreted language, which means that it can be used on any platform without being compiled. This makes Python suitable for projects with limited resources.

How Many Programming Language Jobs Exist in India & in which cities do they exist?

The demand for programmers is increasing day by day due to the exponential growth in technology and smartphone usage across countries like India.

What’s Next After Learning Programming Languages?

Languages like Python, JavaScript, and HTML are popular choices for programming beginners. However, they are not the only languages to learn. There are many other languages that can help you reach even more heights in the field of computer science.

As with any job market, technology is constantly evolving. If you decide to start learning a new language now, there might be opportunities that didn’t exist when you first started learning programming languages.

Apply for IT Software Jobs anywhere in India at one of the leading fresher job portal www.Freshersworld.com